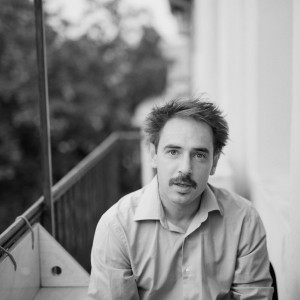 Vladimir Pekov was born in city of Plovdiv, Bulgaria in 1986. His artistic medium integrates photography with text.

Pekov’s Distillation (2013 – ) in ongoing project, whose name is taken from the idea of preservation of objects was inspired form famous painter Giorgio de Chirico.  Exploring the enigma of what time is Pekov use his camera as tool that can escape the ordinary laws of time. As a final result his series becomes visualization of space without time. Presenting one ordinary family in different part of their life, where everyone are preserved at many different ages. As result we can observe space where every member of the family is presented on many different ages. Place introducing simultaneously existence of all objects in single moment.

The Flower Portraits (2014) was inspired by some of the most iconic musicians of 20th century. The series was produced after two years of research and carefully understanding the flowers meaning.  Using only photographic techniques the projects aims to represent the force of time that has changed all of the represented iconic musicians.

Equilibrium (2011)   has been Pekov’s first recognizable project. Using rock climbers as main objects of his work the aim was to represent the imaginary connection between the physical and mental strength. Only by combing those two powers we are allowed to get over our personal limits and reach the next level of our development. Every person is presented in two different spaces doing the same thing – climbing the hardest rout they are capable of. As result the observer can easily look inside the mental aspect behind the physical strength required to climb those routes.  Pekov’s view offers that independently of the activity no matter what it is   there always is mental aspect, important part of mastering our skills.

Road Game ( 2012 – ) is ongoing long term project that aims to present traveling as a virtual model of our life path.  The series are developing right now. First part of it will be released at the end of 2015 or beginning of 2016.

Couples in Private (2010) aims to recreate personal imaginary space where we all have intimate conversations with ourselves.

2019 – Residency in Japan, working on project “European eyes on Japan”

2015 – First price and grand “Charities through the lens”

2012 – Nominated in Canon – Picture of the year, Bulgaria